12 For now we see through a glass, darkly; but then face to face: now I know in part; but then shall I know even as also I am known.

“Through a glass darkly”; having grown up with the King James Version of the Bible, this is the way I remember this verse. What Paul was talking about was this. Back in his day, a mirror wasn’t made of glass. They used a piece of bronze. The image wasn’t true and bright as a regular mirror would produce. When you looked at yourself, you saw a slightly dull, distorted image. In King James’ time, a mirror was called a glass. Thus, we have this strange language that actually means what Paul was saying is that, on this side of life, we don’t see things clearly.

Sometimes the partition between us, who are in the body and those who have left the body is, called the “veil”. The veil obscures our vision. The Mormon church, I think rightly, refers to this body of flesh as the veil. We think of our senses as reporting to us a true image of all reality. Hardly anything could be further from the truth. Our senses as much a filter of reality as they are reporters.

Every so often I’ll get a reminder of just how limited our senses are. I was reminded once again when I saw these magnificent images by Craig P. Burrows. They are images of “ordinary” flowers but showing what they would look like if our eyes could see into the ultraviolet range of the light spectrum. This is how a bee sees flowers. 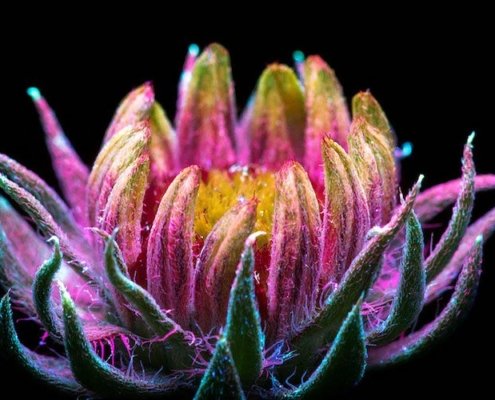 Near Death Experiencers are at a loss for words to describe what they see and hear when they cross over. Some say everything is alive with sound. But, all of the sounds are in harmony. They say there are colors there we have no words for; because we have never seen them. Near Death Experiencers often report that everything is “lit from within”. When I saw these images, I had to wonder if it is something like this. One person I know who has had an NDE did confirm it is similar. 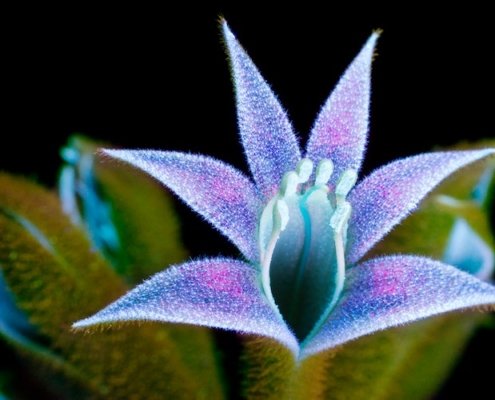 This started me thinking: “What if this world is a lot more like heaven than we think it is? What if the veil is the body? What if our world is bursting with colors we can’t see and sounds we can’t hear?”It’s not that the colors and sounds are not there, it’s just that these bodies aren’t equipped to sense them.

Then, I began to think: “What if those we think are “dead” are still right here, just out of the reach of our limited sense?”

The day I sat down to compose this post, I was speaking with a member of the SoulPhone research team. The team is about to announce the first demonstrations of the first generation device that will detect the presence of “postmaterial persons.”  I saw the room where these “postmaterial” persons sit and interact with the device. These people are completely undetectable by our senses and the vast majority of our equipment. They are around us all the time. We just don’t know it. We see through a glass darkly, indeed.

Someone is sabotaging your happiness

Take the quiz to find out who