Last night I interviewed a physical medium. As a physical medium, apports appear in his presence. Coins, feathers, crystals will spontaneously appear “out of nowhere.”  He told me the story of someone he was speaking with about apports and she said “I want an apport.” and immediately a coin (if I call correctly) landed on his shoulder.

I’ve seen him on the one other interview he has given and during that interview, a feather floated down behind him, out of nowhere, indoors.

As we were doing the interview, I kept expecting something to fall on him or behind him. But, it didn’t happen. The thought that came to me afterward was “You do not have because you do not ask.”

This morning, as I was lying in bed, I thought “I’m going to ask. I want to find a coin on my walk today. Then, I thought I should be more specific. I asked for a dime.”

As I was walking, I looked down and spotted a coin on the road up ahead of me. As I drew closer I realized it was not a dime. It was a quarter. I remembered the medium saying we don’t always get what we want or expect. I put the quarter in my pocket and gave thanks for receiving the sign.

When I was nearing the house, I thought I should check the year of the quarter because sometimes the years of coins you find correspond to significant years. The year is 2015, the year Shayna transitioned. 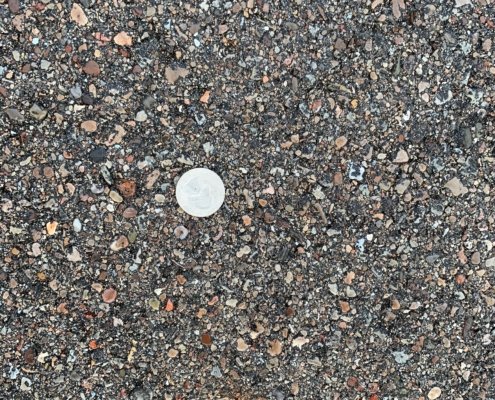